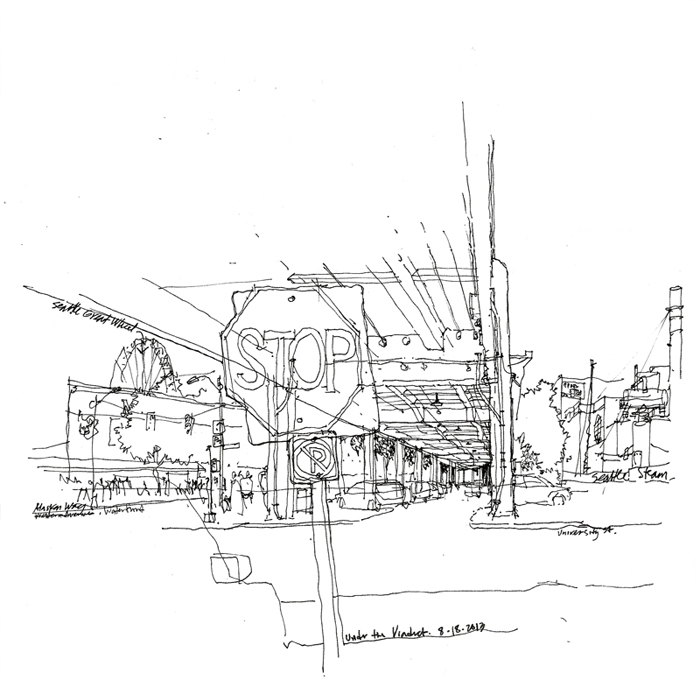 At yesterdays meeting of the Seattle Urban Sketchers group, I drew this view from under the viaduct where University Avenue meets Alaskan Way. I realize that opinions vary about the aesthetics of the double-decker highway and the wisdom of tunneling under downtown Seattle but when the viaduct is demolished in 2016, I will certainly miss the views it offers of downtown and the Olympic Mountains across the sound to the west.