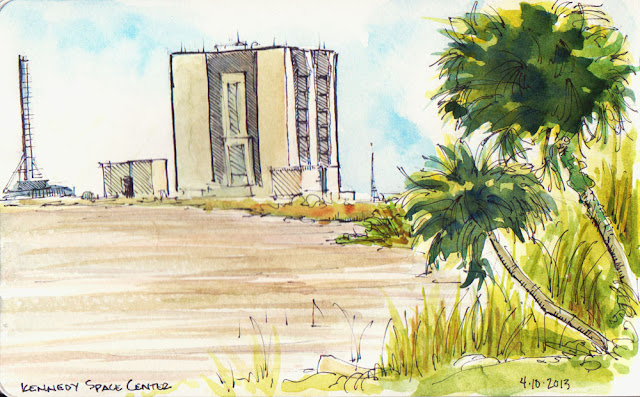 This sketch was done just outside the Saturn Rocket exhibit at the Kennedy Space Center. The taller building is the vehicle assembly building and is the world's tallest single story building at 525 ft and covers 8 acres. This is the place where space shuttles and Saturn rockets were assembled.

The weather was partly cloudy, windy and warm and in the time it took me to do this sketch I managed to get a painful sunburn, hey I'm from Seattle, we won't see the sun for two more months.....
Posted by Mark Ryan