"Meet the new boss. Same as the old boss." 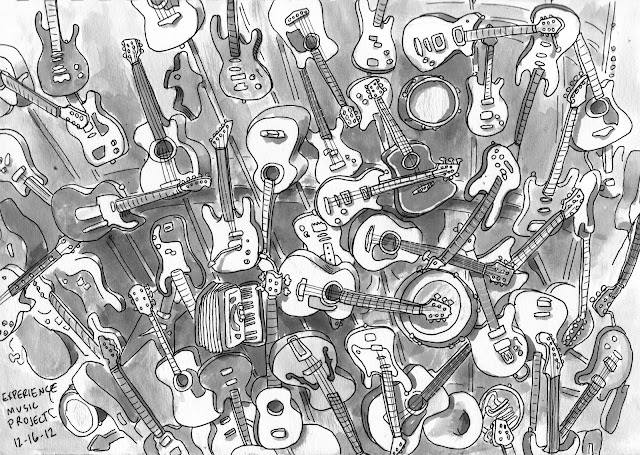 In the Experience Music Project, a Seattle Museum dedicated to Rock and Roll, there is a tornado-like sculpture made of guitars. This morning, the for-pay area was empty as I unfolded my tiny tripod stool to sketch. After twenty minutes, a guard came over and said my stool was a safety hazard and made me put it away. Another twenty minutes later he told me I couldn't sit on the floor because now I was the hazard. Twenty minutes later he came to where I was standing and scolded me because I'd put my admission sticker on my sketchbook, not on my coat. Three more guards approached me in turn asking to see my sticker, even though they were otherwise standing together in a clump chatting. I thought, Not very Rock and Roll of them. The Rock and Roll Museum staff have become 'The Man.' 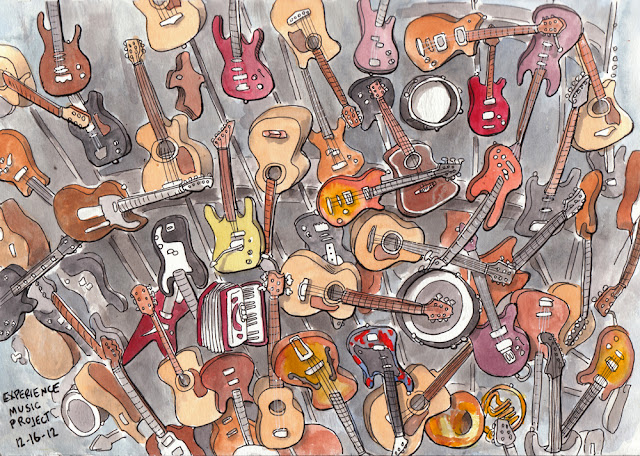 Jackie was disappointed that the guitars weren't in color. Here ya go, Dr. H.
Posted by Steven Reddy